Improvisation for the Novelist- Part 1

For the improv class I'm taking, the first class was on character. As normal we warmed up.

(If you plan on taking an improv class, I might recommend refreshing yourself on some tongue twisters! Some of my favorites were:

For the class we had to come up with our own characters and do an interview with the teacher/director of the class. It wasn't a business interview, it was just a question and answer session.

Some of the characters from the class were,
a man who was really into all things surf and water sport related, even going so far as to name his dog “ski”,
a lady with a lisp that made all her “L's” into “W's” (She wanted to go to Hawaii and wearn to huwa,”

a lady that lived in a condo that didn't allow dogs and she had a dog,

a thirty year old man that was a retired gynecologist because he called a plumber when a patient said they had something wrong with their “pipes.”

Then there was my character...

I went up and had an interview that went something like this:

(2 walks in and wipes off seat)

2-Sorry, I had someone at school today put a chocolate pudding on the seat and I didn't notice and sat down and had pudding on my pants all day.
1. Hi, What's your name?
2- My name is Jenny Marie Miller.
1- So, do I call you Jenny or Jenny Mar--
2- You can call me Jenny Marie Miller, that is my name after all.
1- Oh, you go to school?
2- Yes, I'm in 11th grade. But I'm only 13. They should have skipped me ahead a couple more years but they didn't.
1-Where do you go to school at?
2-Kissimee High School for the Gifted.
1-What do you want to be when you grow up?
2- I haven't decided yet, a physicist, a rocket scientist or a brain surgeon.
1- Oh really?
2- And I want to cure a incurable disease.
1-Which one?
2- Oh, I don't know, an incurable one?
1-Where do you see yourself in 20 years?
2- At least with a Nobel peace price and a Peabody.
1- At least?
2- Of course, I mean Stephen Colbert as a Peabody!
1- Not a fan of Stephen Colbert or the Daily Show?
2-Oh, come on, they are on basic cable!
1-Do you have any pets?
2- I have a fish tank. I've started a collection. I want to get the full cast of Finding Nemo.
1- Isn't there a great white shark in that movie?
2- Oh yes, I plan on having the first successful great white shark in captivity.
1- Well, I think that is all we have for today...
2- That's all?
1- That's all.
2- (walks off) Wow, that was a waste of time.

In the next stage of the class we were told to put this same character into a monologue that would be a scene. So, they had to be talking to someone.

Things to remember for the scene were. 1. They needed to be talking to someone, and 2. They needed a reason to be there at that time.

For my scene, in contrast to what I did... Jenny Marie Miller was quite snotty to an adult that was interviewing her... I wanted to put her with her peers.

For my scene, I also wanted to bring in elements of what was brought up in the interview.

The monologue that I came up with was Jenny Marie Miller addressing Kissimee High School for the Gifted Einstein Club::

I would like to call to order this emergency meeting of the KHS Einstein Club and I would like to remind everyone hat next week is the vote to change the name from “Einstein Club” to just “Science Club” because let’s face it Einstein wasn't really that great...

I called this emergency meeting because I want to announce that I've decided on the incurable disease that I'm going to cure.

Today in class, Bobby, put a frog down my shirt...

so, after looking into his genealogy, I've decided that I'm going to cure...

And I'm not going to give the cure to him!

Thank you so much for attending this impromptu meeting. I realize that most of you have probably missed your bus by now, but I know that announcement was worth it.

In my mind this character really became fleshed out in these exercises. I see her right beside the guys on the Big Bang Theory.

Taking this into the world of the novel, I think the interview process would be a very useful tool to accomplish characterization within the text of the novel.

I've seen interviews recommended before, however, I think they need to be done within the context of the story. The hero and heroin don't feel the same way about each other, their surroundings, their circumstances throughout the entire story. Therefore, they need to be interviewed to see how they are really feeling, during stopping points in the story.

At the moment, I'm writing a paranormal novella, and I came to an abrupt halt in writing, because my characters were being just too nice to each other. After going back and digging into their characters once more in the middle of the story, as I had done at the beginning, I realized that the fight in them was still there, but the circumstances of the story were making them nice to one another. They both had a lot of bark and bite left to them (figuratively and literally) but it wasn't naturally coming out in them where they were at. (a life and death situation) So, by calming the situation around them down, the inner turmoil could come to the surface, and there was my missing alpha and his spitfire of a heroine.

Coming Soon- Improv for the Novelist – Part 2- Character's Through Time 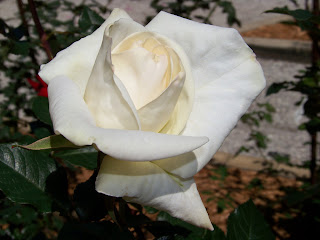 Posted by Unknown at 8:57 PM No comments:

Theatre for the Novelist

I've read a lot of blogs that help writers write.  Tips, tricks, hints, cheats, basically everything that would or could be thought of as helpful to the aspiring novelist.
What I haven't read, is the thing that I have found the most useful for writing...
Theater!

In college, I was a Theater and Creative Writing major, and graduated with a dual degree.  I can not explain how helpful both were to one another. (But I will try!)

For my theater degree I had to take Play Analysis, in which we broke down parts of the play and analyzed them, and then for my English classes we took Shakespeare/Eighteenth Century Plays and Restoration Theater and had to analyze that. It was the same.

I noticed in the short stories I was writing for class, that my characters were becoming stronger when I asked myself the questions that we were asking ourselves when analyzing the characters in the play.

When looking at a play, we would ask ourselves in class and discuss, things like,

Why now?  Why is this story/play starting now?  What makes this moment so special?  We would look at things like are we setting up what is normal, in order to make what is not normal more important, with more emphasis on it?

What is this character's motivation? What do they want? Everyone wants something, even if it changes throughout the course of the play/book.

What is the point of this character being there at this time?  Even if the character's point is to be a confident of the hero/heroine, then they still need a reason to be there.

What is the rising and falling action of the play/book?  Is there a denouement at the end?

When writing I ask myself the same things, and I find that my writing is better.

So, if you get a chance take in a play, go see a reader's theater, or better yet, take a class at a local theater.  Any of the theater classes, play-writing, acting, improvisation (this is for a later blog post), reader's theater, play analysis, etc would be a great way to supplement your writing, and any other of the wonderful classes that writers offer online.

Coming Soon --  Improvisation for the Novelist 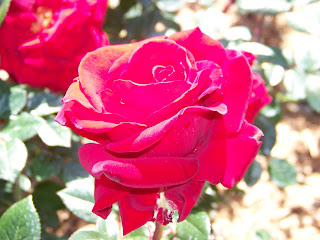