Hello Megan and thank you, for stopping by on my blog today for my Behind the Scenes: Author Process Interview series. I hope you found my questions thought provoking and I hope my readers will find a glimpse into the author's mind thought-provoking and educational.

-I do have a writing routine. I try to write every day, at least 2k, though I don’t always end up writing this much, it is definitely my goal. (Otherwise I would never finish anything)
-I used to be terrible, I would start things and then take OVER A YEAR to finish them, but now I am much better. It typically will only take me 2-3 months to finish something.
-I am some sort of hybrid of both. I usually make a general outline of where my book is going, though not with too much detail and the nitty gritty info is subject to change. You know how characters go, always running off in one direction with guns blazing without permission.

-I usually get my ideas from everyday life like most writers. I find inspiration in the simplest things. Like a man walking down the highway. A catch phrase that clicks into something in my mind and spurns a plot theme, a picture. Things like that.
-I have to say both on this one. I have had characters come to me, whole and full of their own issues, while I have had others that have taken longer to evolve.
-I typically revise as I go, though this doesn’t mean that I don’t make changes when I go back over it, before sending it out to beta readers.
-Oh, girl. All the time! My characters seem to want to do things that people would find crazy, awkward, or just down-right wrong. I try very hard to let them do what they want, because in reality, that’s what people do and I like for my characters to feel as real as possible.

-I use my real name. I considered using a pen name when I first started writing, but found that I wanted my real name to be associated with what I had written. I found it to be more rewarding.
-Rejection letters are a part of being an author and they have helped me grow. I wouldn’t be the writer I am today without a whole plethora of rejection letters. 
-I definitely read reviews. Like rejection letters, it is the bad reviews that help me grow as writer.

-I have written a novella, a novelette, a short story, and a novel. LOL, so I can be versatile. As far as what sells better, I’m not really sure, but I know that I, as a reader, prefer to read books of novel length, so I don’t plan on writing anything short in the near future…though that doesn’t mean it won’t happen. ;)
-I have had the privilege of being a part of one anthology. The HerStory anthology that came out in March 2013. To be honest, I loved this experience. I got to work with a bunch of amazing authors and got the chance to expand my writing circle. Definitely something that I would like to do again in the future.
-I love series. I love to read them and I’m currently writing one right now the first of my paranormal series will be published later this year with Dragonfairy press. For more info click here. I think they are a great way to build an audience as a writer, but I also have found that they post challenges to the writer because you definitely have to have continuity.

-I am a junior in college and an English major. Focusing on English has definitely helped with my writing. I have been exposed to a lot of classical pieces through school as well as learned how to perfect my writing as a whole.
-My first story that I wrote was titled Beautiful Nightmare. A paranormal novel that ended up being over 125k. WOWZA. It is unpublished and is horribly written, lol. It was my first though, and I will always love that story.

-I haven’t tried out nanowrimo, but I would like to in the future. I think it is a great idea and opportunity to band writers together and get stuff done!
-I haven’t done sprints before, but they do seem to help out others. I have considered giving it a try, though I just haven’t yet.
Thank you so much for having me Sally!  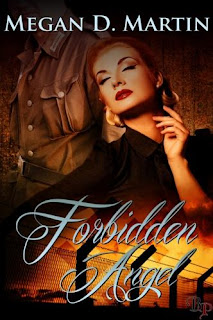 Blurb: When captured by the Nazis, Sarah finds herself in a concentration camp that not only brings her closer to death...but closer to love.
Sarah Brenner, a young Jewish woman, is terrified when she finds herself in the heat of a railcar bound for a work camp in Nazi Germany. For years she, along with her mother and sister, had hidden from the SS, but no one could hide forever. Her hatred for those who have enslaved them is ever-growing, especially when they arrive and she encounters the shockingly handsome Nazi doctor who can’t seem to keep his eyes—or hands—off her.
Aurel Rothstein is not your everyday concentration camp physician. The endless prisoners and lack of care he's allowed to give have made him numb to the work he so coveted. It isn’t until he comes face to face with a beautiful prisoner that his heart becomes involved with his job—a forbidden and fatal move to any Nazi.
When a vile soldier takes direct interest in Sarah, she will be forced to make a choice that will change her life forever: ignore the pull toward the handsome doctor or give in to the forbidden passion he awakens with only a look. Either way they both risk everything...
Buy on Amazon: http://www.amazon.com/Forbidden-Angel-ebook/dp/B00AOF9U6Q/ref=sr_1_1?s=books&ie=UTF8&qid=1356715861&sr=1-1&keywords=megan+d+martin 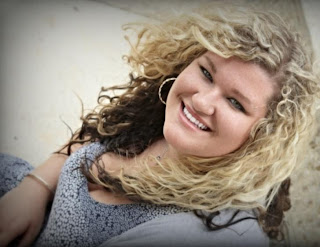