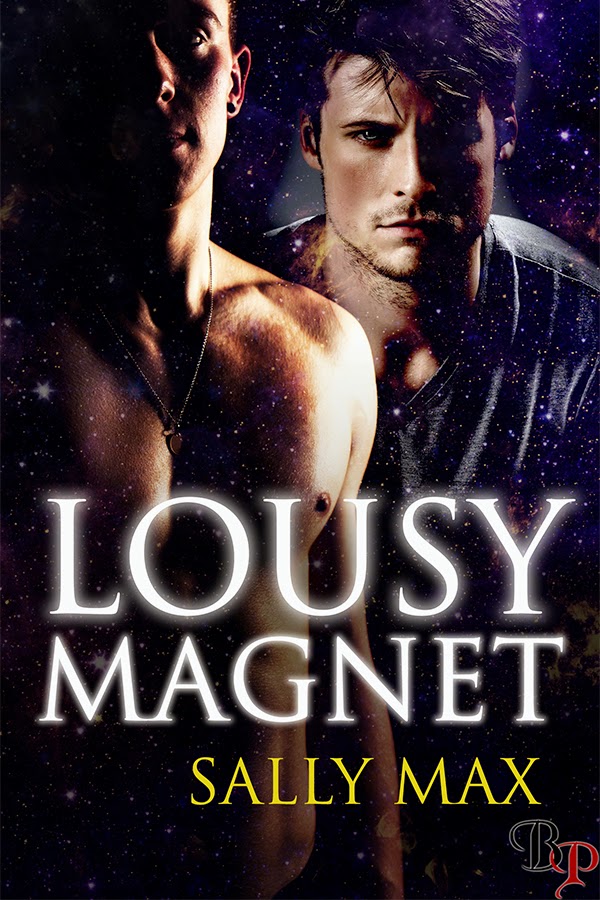 A fledgling romance separated by over 790 million miles isn't Lee's worst problem. His best friend turned secret lover wants to keep their relationship hidden. On a surprise visit home to mars, can Lee convince his boyfriend that he is worth taking a chance on?

Lee and Clint haven't seen each other in over two years. Ever since Clint was deployed to Saturn's moon Titan, their communication consisted of short emails and spotty voice messages.
The last leave home didn't leave good memories. Culminating in a confused and livid family, and the relationship remaining concealed.
This time can Lee and Clint keep their hands off each other long enough to solve their festering issues? Or will the past replay itself and Lee will be left broken-hearted and alone... again.


Release Day Party on Facebook!
https://www.facebook.com/events/319839668173599
The release day party is officially happening from July 31st at 8pm until August 1st at 8pm. If you can make it, that's great! Stop by throughout the day and there will be fun giveaways and lots and lots of virtual adult beverages and cookies! If you can't make it, that's totally understandable. Just add your name to the “you're attending” list and you get automatically included in the grand giveaway at the end of the party!
Buy Links: (Available August 1st, 2014)
www.breathlesspress.com
www.allromanceebooks.com
www.amazon.com

Excerpt:
"It's been too long." Dolly smiled at him across the table. "What has it been, two years?" She must have realized the last time they had seen each other happened to be the same day her brother had shipped out. Glancing down, as if suddenly aware she had brought up a touchy subject, she fidgeted. Lee hadn't wanted him to go.
Twenty-two months, two weeks, a handful of days, but who's counting—
"Something like that," Lee tried to smile for her but couldn't make it go to his eyes. Instead, he just settled for a half-crooked grin that he hoped she would read as sincere. "Are you in town long?"
"You want to get rid of me?" Dolly teased, placing her hand on his.
Looking down at her small pixie-like hands, Lee realized they were just smaller versions of Clint's hands. The nail beds were the same size and shape. Even her cuticles were identical. Clint's hands were probably calloused and rough from his time away. When Lee looked up at her face, all he could see were Clint's eyes. How didn't he know that they had the same eyes? The blue of Earth's oceans matched in those two small globes. A pang of emotion swept over him and knotted in his stomach. He couldn't identify what it was. Regret? Longing? Sorrow?
"What's wrong?" Her soft southern drawl that she would never be rid of seeped out of her words. The same drawl that flowed from Clint's tongue every time they video messaged.
Tears sprang to his eyes. Lee would never call himself an emotional man, but at that second in time, he missed Clint with body, heart, soul, mind—every bit of his being. It went beyond reason, as the only thing he longed for in the universe was a hug from his fair-haired officer.
"You miss him that much, don't you?" Dolly asked as though reading his mind.
Lee coughed and blinked furiously. "Excuse me?"
"Lee Louis Love, I've known you since you couldn't pronounce my last name correctly and called me Dolly Wafers instead of Waters. We went to first grade together. I can tell how much you miss him." She started playing with her fork, then added softly, "We all do."
"I..." Lee didn't know what to say. Dolly was one of his best friends growing up, but he had never truly discussed his relationships with her. Clint and his affair needed to remain a secret. "So, what brings you to the Moon? I was a little surprised to hear from you."
"Truthfully?" Dolly asked. The waitress returned with Dolly's Coke and a Moon brand beer that was fairly common around the dome.
"Of course." Lee said.
"You."
A bit of beer went down the wrong pipe, and Lee started coughing. His face felt warm, as he hacked into his hand.
"Excuse me?" he croaked out between sputters.
"I know you are in love with Clint."
Posted by Unknown at 7:39 AM