This is something that I learned in theater improvisation, and I feel it translates well to writing.

The next time you read a book, watch television, watch a movie, or go see a live theater show, pay attention to how often "the more active choice," is chosen.

For instance; Mary needs to tell Bob some really important news.  In real life, Mary might just pick up the phone and let Bob know the news.  However, that is...

Mary goes to meet Bob at work to tell him
Mary surprises Bob with the news over a candlelight dinner
Mary confronts Bob at his house
Mary rams her car into Bob's car
Mary breaks into Bob's house and writes the news in red lipstick on his wall
Mary forms a flashmob to do a singing and dancing parade for him in the mall, while he is there shopping for Christmas
Mary gets the news tattooed on her breasts and flashes him at mardi gras.

So, I'm asking, as an audience? Which choice to you is more "interesting?"

A phone call or one of the other choices?

Granted, I'm not saying that phone calls don't belong in stories, however, the more interesting choice is often the more active choice.

I've noticed even with today's modern day gadgets that writers still don't write in scenes where people are texting, and using their cell phones.

When performing improv, often times we will get the scene "on its feet." Sometimes it is simply getting the characters to stand up and do something that makes the scene more interesting.

For me, if a scene seems dull, I like to stand the characters up and make them do something.

Are your characters just sitting at a restaurant not doing anything?  Make them get up and dance.

I know that when I'm just sitting at my laptop typing, I'm not very interesting.  I don't expect anyone watching me to be entertained. The basis of the arts is to be entertained, and every small choice counts.

Next time- Being mean to your characters 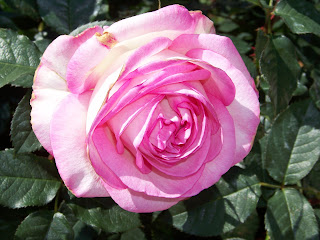